Trending
You are at:Home»HCST News»HCST Enters into Player Sponsorship with Hull City AFC
By HCST Secretary on August 25, 2022 HCST News

After listening to the views of many fans, we are pleased to announce that the Hull City Supporters’ Trust has entered into a player sponsorship deal with Hull City AFC.

For the duration of the 2022 / 2023 season we will be the sponsors of midfielder Andy Cannon. 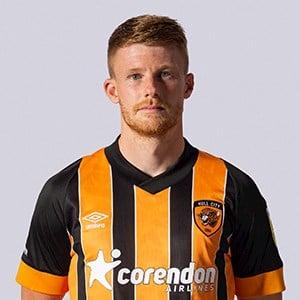 Born in Ashton-Under-Lyne, the 26-year-old midfielder’s career began at Rochdale. He made his first-team debut for The Dale in September 2014, as he came on as a substitute in a League One match against Leyton Orient at Brisbane Road.

He went on to make over 100 appearances for the club over a five-year spell at Spotland, with the highlight being his man-of-the-match performance against Tottenham Hotspur in the 2016/17 FA Cup.

Andy left Rochdale in January 2019 to link up with experienced manager Kenny Jackett at Portsmouth. He helped Pompey to reach the League One play-offs in his first full season at Fratton Park, playing 28 times in total before promotion hopes were ended in a penalty shootout defeat to Oxford United.

The midfielder made 49 appearances in all competitions in the 2020 / 2021 season, scoring in wins against Charlton and Wigan Athletic, and was a standout performer in Portsmouth’s 2-0 win against Hull City at the MKM Stadium in December as they went on to finish eighth in League One.

After returning from a successful loan period with Stockport County last season, helping them to win a runaway promotion, Andy has worked hard and forced his way into the first team squad for this season.

We are proud to be able to add our support to the club in this way and wish Andy a successful season.