Following the recent Premier League ruling forcing Hull City to offer concessions in the event that we return to the PL, HCST has been focusing on working with the EFL to address the situation of concessions whilst the club is outside the Premier League.

The EFL (English Football League) have now confirmed to us that their current rules do not oblige clubs to offer concession tickets.

The EFL expect clubs to draw up ticketing policy in consultation with supporters. We of course agree with this aim, but Hull City have consistently refused to entertain any notion of restoring concession tickets when asked to do so by supporters during consultation meetings.

We’re sure that no one, including the EFL, wants to see children, seniors or the disabled priced out of EFL football matches, particularly at a time when the league has recently announced its most lucrative TV deal ever.

We therefore want to see a clearly defined rule, documented and implemented by the EFL, obliging clubs to offer concessionary tickets to the young, old and disabled and detailing exactly what constitutes a concession. Our focus is now on bringing about such a rule change. We have the support of the Football Supporters’ Federation who regularly meet with the EFL and we are assured that the issue will be discussed at their next meeting which takes place in October. 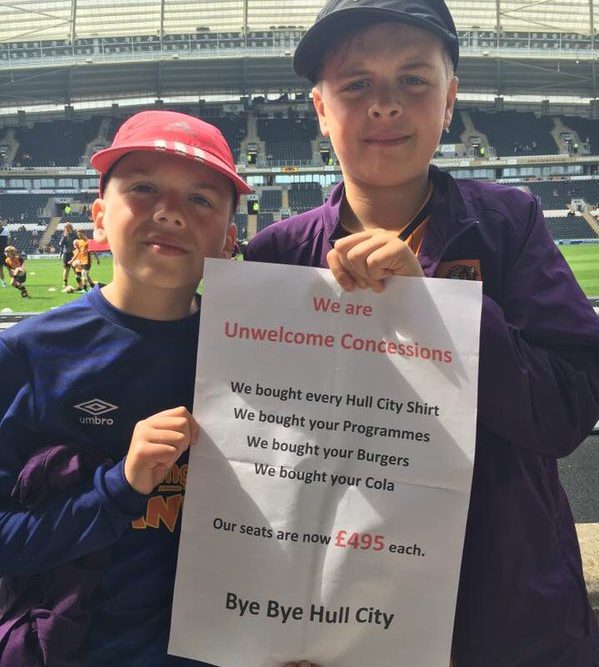