Trending
You are at:Home»HCST Messages»An open letter to Ehab Allam
By Andy Mills on May 10, 2016 HCST Messages, Press Releases/Statements

Finally City’s Vice Chairman has appeared but, in view of two weeks of fan unrest over the Membership Scheme, Ehab Allam’s open letter to fans in Saturday’s match programme was quite simply too little too late. Still, we thought we’d pen an open letter in response . . .

Ehab, we’d first like to repeat our sincere best wishes to you and your father Assem in light of his recent illness, as well as our hope that he makes a full and swift recovery.

Nonetheless, we wanted to respond to your open letter regarding the Membership Scheme. You have still not acknowledged receipt of our letter dated 3rd May seeking clarification over irregularities in the Scheme’s terms and conditions, let alone replied. It is, however, interesting to note that you felt the need to defend the terms and conditions in your letter.

You say that 6000 fans have joined the Scheme; this is not a surprise as fans had to make a decision by the end of last week to retain their seats, despite a moral dilemma, knowing many thousands of other fans were adversely affected and in some cases priced out all together. Our survey of supporters found 45% of fans were very unlikely to renew; a figure which appears accurate.

You state in your letter that the Membership Scheme “can make football more affordable for the vast majority of fans”. This is simply not true; the complete removal of concessions along with the pricing of tickets in some of the zones ensures that thousands lose out and many of those can’t afford to renew. Yes, the zone 1 tickets are reasonably priced, but there are too few of these to make watching City affordable for many supporters. 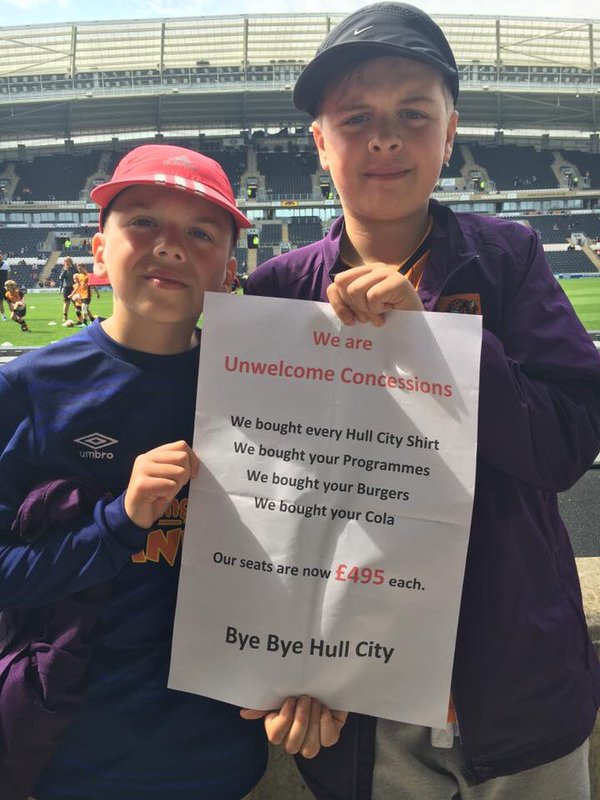 Social media over the weekend was full of people saying that, sadly, Rotherham was their last City game. Many of these were families with children. It’s absurd that you are trying so hard to drive support away, particularly the youngsters; our next generation of supporters. Just what do you hope to achieve with this crusade against the fans?

In your letter you also say that ‘fraudulent ticketing’ is at 14%. This seems deliberately misleading; the previous claim made to fans by your staff was that a similar percentage of concession tickets are used by adults, which amounts to a few hundred tickets rather than 14% of the entire crowd. How you are able to measure this, yet are unable to identify and deal with the offenders also needs explaining.

It was entirely the decision of you and your father to get rid of the turnstile and stewarding staff. If the result of that is a few hundred adults using concession tickets, that is also your responsibility, and to punish all children and seniors by hiking their costs is quite simply a ridiculous way of dealing with it, apart from being morally reprehensible.

It also won’t work, because if people really are determined to get in on a fraudulent basis, they could just buy a Zone 1 ticket and sit elsewhere. How do you propose to prevent this?

Other clubs have had automated turnstiles for years yet seem to manage without scrapping concessions. Perhaps their tickets aren’t priced so prohibitively as to drive fans to such desperate measures in order to see their team. 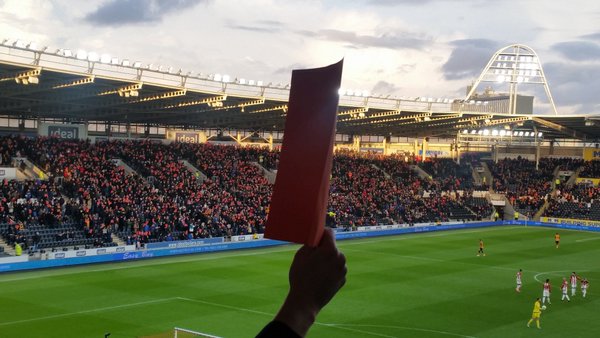 Had you attended any home games this season, Ehab, you would have noticed the constant of 8000 empty home seats. That’s what you’ve achieved in the last three years. You have driven thousands of fans away through increasingly high prices, and by consistently ignoring the views of your ‘customers’.

Apart from addressing the problem of fraud, the other key objective given to the Fans Working Group when the membership scheme was first presented was to improve the atmosphere. Your solution won’t achieve either objective; closing the West Upper stand won’t improve the atmosphere. It’s a ridiculous idea to try and concentrate a small crowd into a smaller space rather than focusing on filling the ground as a club of our size and current position should easily be able to do. We have filled the ground even when we were in Division 3, and it’s not so long ago that we were talking about having to expand the stadium due to demand.

There’s still time to stop this rot but if only you swallow your pride and listen to the supporters. If you continue to ignore what’s happening this situation is only going to continue getting worse. In recent times, the legacy that your father has always been keen to leave has been tarnished. Taking the simple step now to genuinely consult with fans can stop that. Once again we call on you to meet with supporters to discuss their concerns with the scheme, rather than hiding behind vague and misleading statements.

The Board, Hull City Supporters’ Trust